skip to main | skip to sidebar

Too Long Between Drinks! 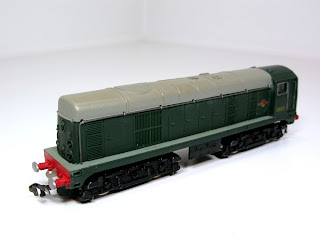 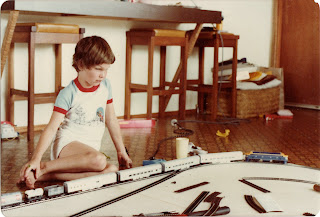 I've been meaning to add a blog post for a while, but I hadn't really taken that much notice that my last entry was in January! I'd like to say time flies when you're having fun, but this year has mostly been anything but for various reasons.

It's been one of those years where life does its best to challenge you, various illnesses in the family that have involved hospital visits, my job has been more stressful than normal, and my wife's position where she has worked for eleven years has fallen victim to the all too common "transferred to India" syndrome, effective February 2nd next year.

However, it hasn't been all bad, so lets not get all depressed about it, there have been some highlights as well, but almost nothing I have to say on the modeling front, which is a major reason for no updates.

For the first time in years I missed both the Thornleigh and Liverpool exhibitions, both due to things outside of anyones control, and while I did miss going to both of them quite a bit, maybe I didn't miss them as much as I thought I would.

It is probably a result of everything else that's been going on this year that have just taken away my attention from what I'm doing, but my train brain just hasn't been as switched on as it has been over the past few years. Am I losing interest in the hobby, not really, as I still thoroughly enjoy reading everyone else's blog updates as much as ever, and still try to get the latest edition of AMRM as soon as it hits the shelves.

However, the one thing that's probably played on my mind a bit more this year than most, is the continuing lack of delivery of projects that have been "coming" for quite some time now. I'm not whinging about it, and completely understand the reasons why etc etc, but gee it will be nice when the P.O. Box starts to be filled with trains again. Maybe this will spark a renewed enthusiasm and get me back on track, excuse the pun.

In any case, I should try to make some point of this post rather than rambling on with the "woe is me's!"

I think this hobby is one of the few that if you are into in any real way, it's part of your life in one way or another, for life. I remember getting my first trains when I was about five or so years old. They weren't new, but a buch of trains that I think were my Dad's at some stage. They were mainly Tri-Ang from memory, a mixed collection of 4-wheeled freight wagons and one bogie well wagon of some description, that if I remember correctly was metal and not plastic.

The stupidity of my teenage years saw most of these swapped or sold to buy "proper" N.S.W. trains like a Lima 38 Class, 12-wheelers, various A.R. Kits wagons etc. I also suffered a break-in to the garage where I had trains set up when I was in my mid teens, where a few of these models were stolen. Among them was what I think was an early Dublo model of a British Class 20 D8000 diesel.

This big green diesel was my favourite when I was young, the colour, the shape, and it had this strangely interesting"burning dust in the heater" smell about it when it ran, as well as a bit of a groaning grinding noise, which to me made it sound and smell just like a real one! I've added a pic of just what mine looked like, and truth be known if I could buy one in H.O. I'd proudly run it with my N.S.W. prototype stuff, just as a reminder of the old days.

The other pic is of me, Christmas day circa 1976 I think, with my consist of brand new Tri-ang V.R. B Class, with four Hornby Trans Australia carriages, and the rag tag bunch of old British freight wagons I'd inherited in tow. I couldn't tell you how many times they circled the pine board layout that day (it was probably until the little blue power pack grew so hot I was told to give it a rest possibly), and others to follow, but many many hours ours of enjoyment were had.

I also think that this is one of the great things about this hobby, that you can get as much enjoyment as a kid just watching a bunch or random trains running around chasing their tails, as you can from building a fine scale representation of a real location, with period rolling stock and every little detail in the scene you can manage.

The other good thing is that modeling is not always about the result, but simply the journey it takes you on through the various stages of your life, where life's other priorities may at various times dictate the amount of hours of finance you can put into the hobby, but none the less you should still be able to do something interesting to suit those constraints.

So while this year has been one of very little time to spend actually doing anything tangible, hopefully next year will allow a bit more time to get back into things, and continue what started thirty five odd years ago.

Darren
This train layout was Darren's life passion. One of many. Darren passed away from a Respirator attack, caused by MND on the 20th of August 2018.

Links of Interest and Inspiration